The recent months have truly been the winter of the Snowy Owl. These Arctic visitors have been seen in unusually high numbers in many areas of North America, drawing countless bird watchers, naturalists, photographers, and families alike. Here in New England, sightings have been very common throughout much of the coastal region, and individuals have also been regularly reported inland in areas such as the Champlain and Connecticut River Valleys. At Boston's Logan Airport, as of late February a record number of more than 80 birds had been relocated to prevent collisions with airplanes (for context, the average winter sees just 6-8 relocations). Individuals have also made appearances in unusual places such as the summit of Wachusett Mountain in central Massachusetts, urban neighborhoods in the city of Springfield, and fields in mostly wooded hilltowns. On a broader scale, snowys have also turned up in unusual southern destinations such as Bermuda, the North Carolina Outer Banks, Florida, and Kansas. 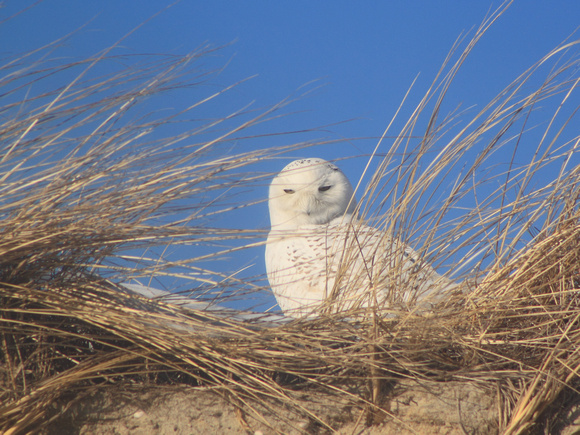 Snowy owl populations and migrations are intricately linked with the population dynamics of small rodents called lemmings in their Arctic home region. When lemming numbers are high, snowy owls can be prolific breeders raising as many as a dozen hatchlings. However, when numbers are low, they may not even attempt to breed. Fluctuations in their prey along with weather result in periodic movements south during the winter months. Several similar movements have occurred in recent winters such as 2011-12, when snowys were also highly visible in New England and other areas (though not quite to the extent of this year). These migrations are known as 'irruptions,' or irregular seasonal movements of species that are dictated by food availability and other factors. Other species that have irruptions include winter finches such as crossbills and pine siskens, short eared owls, green darner dragonflies, and red admiral and painted lady butterflies (both of which were unusually common in the Northeast during the warm year of 2012). 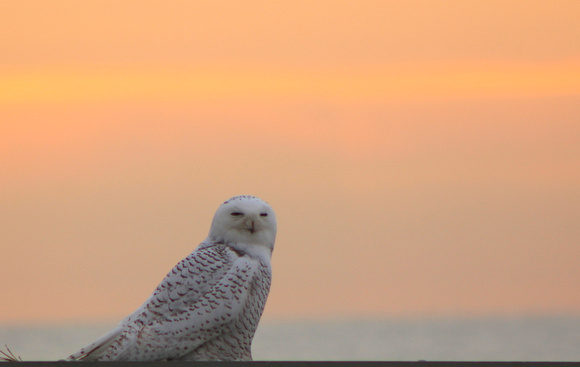 Snowy Owl at SunriseA snowy owl at sunrise on the New Hampshire coast in winter.

During winter irruptions, snowy owls favor open areas that bear some resemblance to their Arctic tundra homes. These include coastal barrier beaches, airports, frozen tidal rivers and wetlands, and agricultural fields. They often perch atop places that allow them to survey the terrain for potential prey, such as dunes, fence posts, building roofs, telephone poles, barns, and even picnic tables (above)! Their prey includes small mammals and birds such as ducks. The farmlands of the Connecticut Valley  in northwest Massachusetts, seen below from Mount Sugarloaf, are an example of an inland habitat where snowy owls have been reported this winter.

Salisbury Beach on the MA-NH border has been one of many reliable coastal locations. The owls frequent both the beach and dunes and the tidal marshes. Look carefully for the owl on the post right of center. 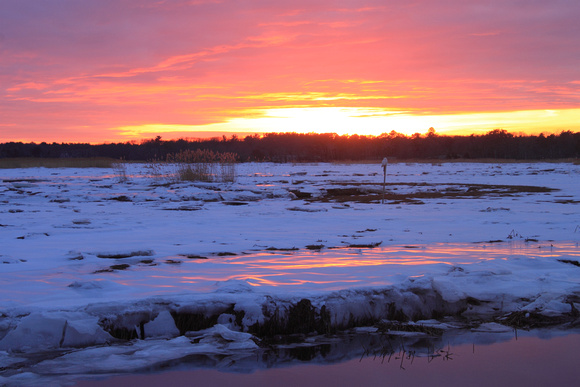 The female below (as indicated by dark markings, males are much whiter) was flying over dunes at Salisbury Beach. 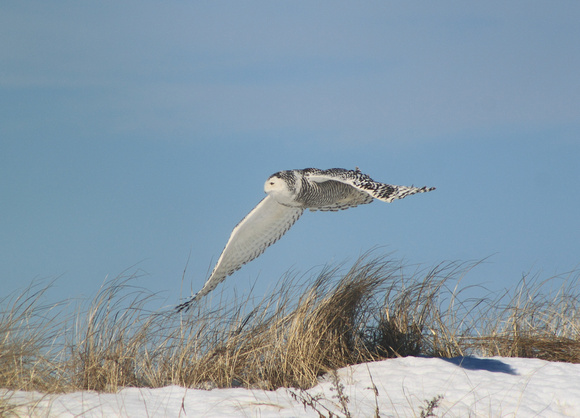 Lunch grab for a patient hunter on the New Hampshire coast. After sighting this mouse and starting to fly from its perch, this owl held back at the last instant and waited several minutes for the perfect opportunity. 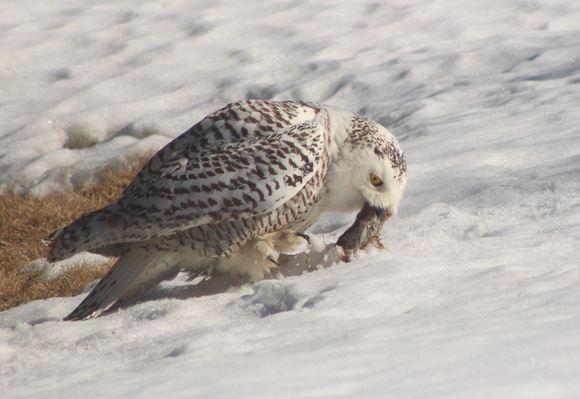 While it's easy to take sightings for granted during winters such as 2013-2014, by March the owls will again be northbound for their Arctic homes, and it's hard to predict when the next significant migration might occur (though nothing is certain, a repeat of this year would be unlikely). So if you have the opportunity in the next few weeks, keep your eye out for this possibly historic natural spectacle.