Wildflowers of New England: The Mid-Season

What a difference a few days makes…..at the last entry, spring was progressing sluggishly, and many early season wildflowers were still blooming. Over the past two weeks, the forests have rapidly greened up, and an entirely different group of species is rapidly cycling through. While there have been several unseasonably cool days this month and no prolonged warm spells, average temperatures have actually been a few degrees above normal for most of May in Massachusetts, and the season appears to have caught up. Here are some of the familiar mid-spring species in bloom: 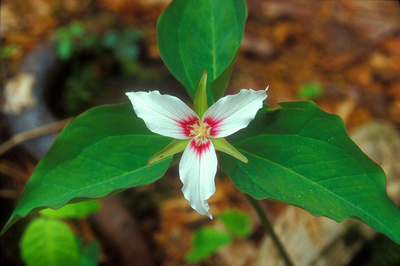 Unlike slightly larger red trilliums which thrive in rich soils, these photogenic flowers favor acidic and boggy forest habitats. Their single flower's three white petals are centrally splotched with a maroon patch that attracts and guides pollinators to the flower. The leaves, also in threes, are dark green. 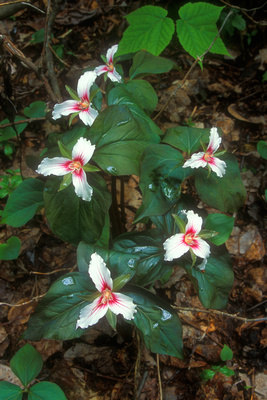 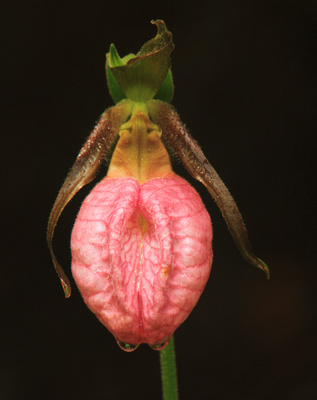 A favorite of many wildflower enthusiasts, this orchid also thrives in acidic and boggy environments (it often grows under pines), along with rocky areas and deciduous forests with acidic, well-drained soils. It is named for its large pouch-like petal, which is shaped like a moccasin or slipper and blooms in hues ranging from magenta to pink to pinkish-white. Pink lady’s slippers often form colonies, though some grow individually. Like other orchids, the seeds interact with soil fungi to survive and reproduce. Bloom time is mid-May to June. 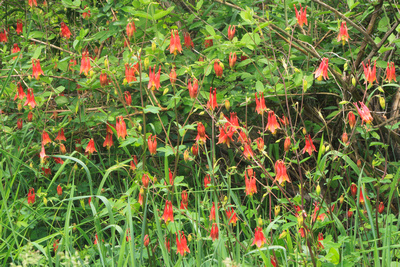 This hardy flower grows in rocky woods, outcroppings, ledges, riverbanks, and woodland edges, sometimes in seemingly inhospitable places where there barely seems enough soil to support it, such as the rock cave shown below. The red and yellow flowers, which hang off a long stem, are favored by hummingbirds and butterflies. It blooms in mid-late spring. 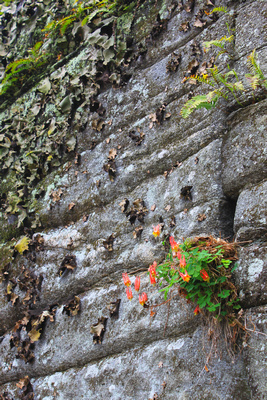 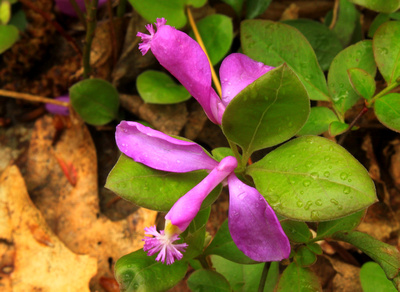 One of the most unusual wildflowers, fringed polygalas are distinguished by their tube-like true pedals, which are flanked by two petal-like ‘wings.’ They are sometimes mistaken for orchids. The leaves are dark green and similar to wintergreen. This is a low-growing flower, that reaches a maximum height of just 3-6 inches. It is a member of the overall milkwort family, the species of which are reputed to increase milk in nursing mammals.

Logically named for the shape of both its flower and leaves, eastern starflower thrives in cool, moist woods and mountain slopes. Paired flowers have 5-9 pointed, star-like petals, and the  elongated leaves form a similar pattern. 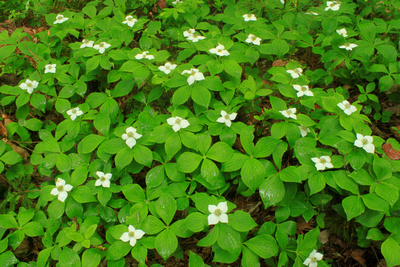 Bunchberry is well-named, as it often forms dense patches in woods and bogs, including high mountain slopes, in May and June. White, petal-like ‘bracts’ surround the tiny green true central flower. Though related to high-growing dogwoods, bunchberries only reach 3-8 inches in height. 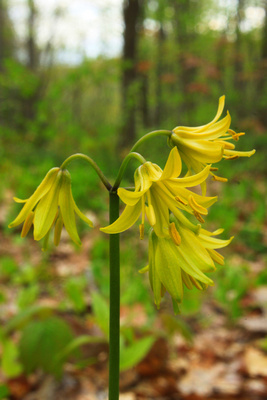 Also known as Clintonia, this small lily has bell-like pale yellow flowers. It also favors cool acidic woods and mountain slopes. Bloom time is May to July; after flowering watch for (but don’t eat) the foul-tasting blue berries, which its common name is derived from. The long leaves are similar to those of pink lady's slippers and other orchids.

The next update will include the end-of-spring species, which include colorful favorites such as blue flag iris, and yellow and showy lady’s slippers.