This third installment of the Western Massachusetts foliage planner (split off of #2 to provide more details) features the uplands east of the Connecticut Valley. These hills and valleys are similar to the western area of the state in their subject matter, but also boast some large lakes and conservation areas that are part of the Massachusetts water supply system. 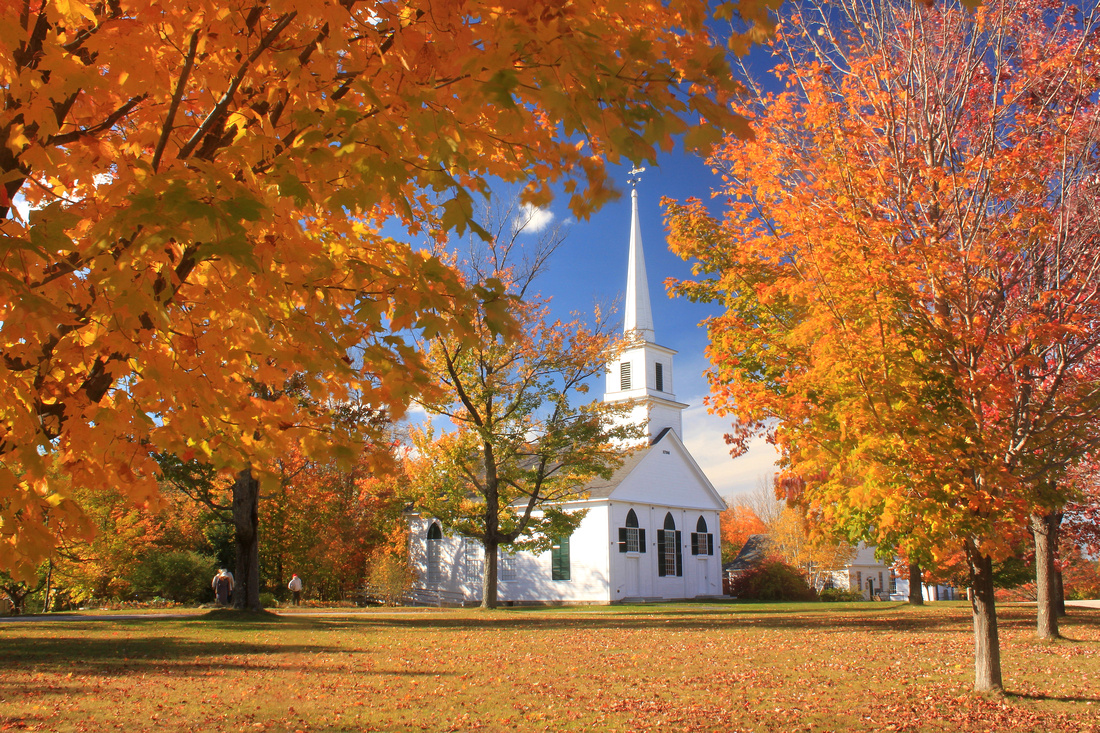 This region has many small towns and villages with classic commons and greens, such as New Salem (above). Others well worth a stop include Petersham, Royalston, Barre, West Brookfield, Hardwick, and Oakham. If you like pastoral scenes, Hardwick, New Braintree, North Brookfield and other towns have a lot of agricultural land with long views.

The dominant physical feature of this region is Quabbin Reservoir, a 40-square mile reservation created as a water supply for Boston. Some of the best and most easily accessible views are at Quabbin Park off of Route 9 in Ware and Belchertown, which includes a paved auto road. The Enfield Lookout has spectacular views up the valley to Mount Monadnock in New Hampshire. There are more than 50 other access areas that are open to hiking (biking is allowed in some areas).

Route 122, which was recently dedicated as the 'Lost Villages Scenic Byway,' follows the northern boundary of the reservoir, then continues past other conservation areas and town centers in New Salem, Petersham, Barre, Rutland, Oakham, and Paxton. There are some nice wetland views that are especially colorful in early autumn when the red maples are turning. For the best views, be sure to get out and explore the many trails along the route. Route 62 from Barre east has some nice country views as well. 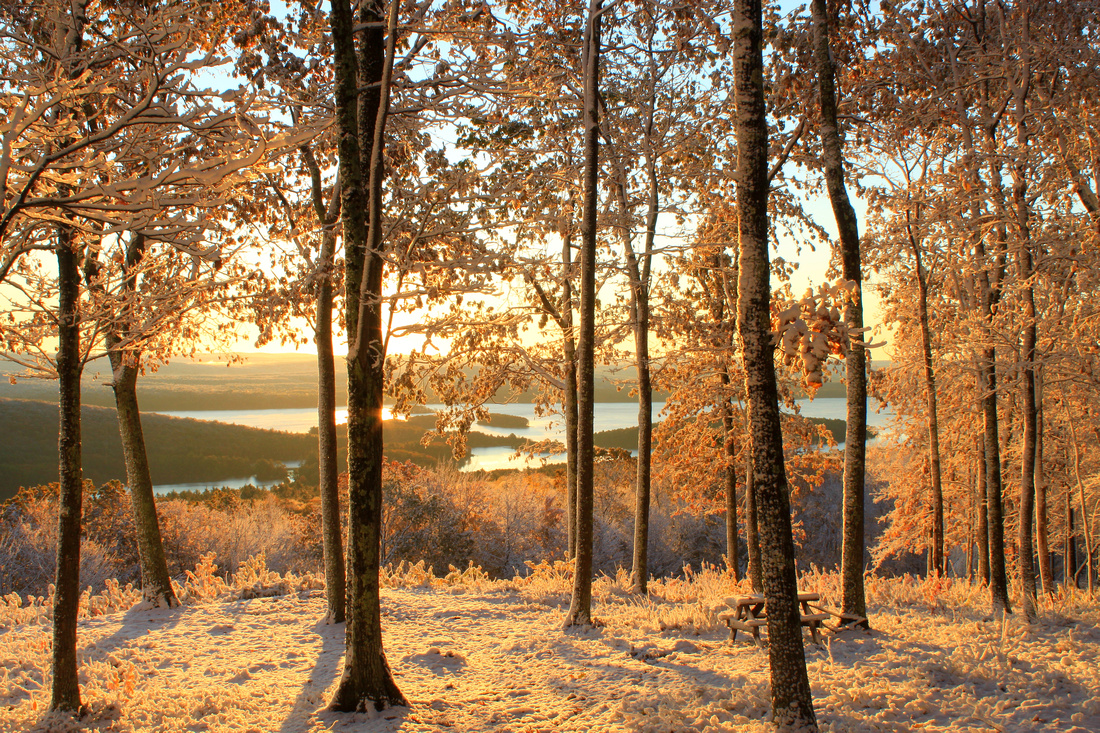 Expect a full range of weather possibilities here - this unusual autumn snowstorm at Quabbin Reservoir was an abrupt interuption from a period of record warmth!

If you're up for a relatively easy climb, there are excellent views along the New England National Scenic Trail from Brush Mountain in Northfield, Mount Grace in Warwick, and the Erving Ledges above the Millers River. The nearby Tully Valley watershed has a number of conservation areas with vistas on Tully Mountain in Orange and Jacobs Hill in Royalston. Tully Lake offers the possibility for dramatic foggy scenes.

The highest mountain is 2006-foot Wachusett Mountain near Princeton, which has an auto road and hiking trail network. There are long 360-degree views from the summit. To the north, Mount Watatic in Ashburnham requires a rugged short hike but has some outstanding views. Another great vista is at Crow Hill at Leominster State Forest, reached by a half-hour hike that traverses a dramatic sheer cliff. All of these are part of the Midstate Trail.

These are just some of the possibilities to get your trip started -- feel free to browse the site for more ideas. Again, Columbus Day weekend is generally a good time in this region, though in years like 2011 it was still early and there was plenty of green. I'd also suggest a mid to late September visit, when the red maples are at peak, and you'll often find late oak and beech color towards the end of October.